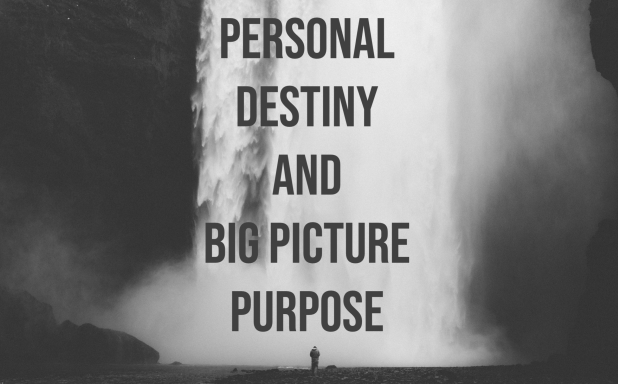 God’s Word is a reliable platform supporting the weight of our faith. But sometimes when God speaks, we still have difficulty believing.

When we read (Luke 1:5-25) God's announcement that two older people who lived righteously before God were going to have a son who would become very famous (John the Baptist), we learn something about the Lord:

God plays chess on two levels simultaneously: our personal destinies are intertwined with his redemptive purposes.

Thus, the redemptive purpose God is unfolding through history and our personal destiny meet in Christ. There are many observations to be made about Zechariah and Elizabeth from this text; here are a few:

As we noted, Zechariah was a faithful priest who did his duty and lived well before God. But when God showed up in a significant way, he wasn't ready. We can observat that Faithfulness does not prepare us for power encounters with God. There are times God shows up in dramatic and surprising ways.

Not only did God promise Zechariah and Elizabeth a son, but He made some amazing promises: John would great, he would be filled with the Spirit from the womb, he would used by God to turn a nation back to God and prepare people for God's coming. BIG STUFF! But to do all that, he had to pay the price of consecration and live separated unto God's purpose. Yes, God can do great things, but to participate in God's agenda, we have to say 'yes' to the right stuff and 'no' to everything else.

When Zechariah heard the news, he didn't say, 'That's awesome! Praise the Lord!'. Actually, he said, 'How shall I know …?'. And because of his doubt about the spoken word, God gave him a sign, the inability to speak any words until John was born.

Here's what we can learn. God’s word to Zechariah was insufficient; he wanted empirical evidence.  The theologian Augustine said Crede ut intelligas. Believe that you may understand. Faith precedes understanding; True understanding proceeds from genuine faith. Because God has spoken, receiving, believing, and acting on his word is reasonable.

Perhaps there is no greater news for someone unable to have children than the discovery, 'I'm pregnant!'. It is unsurprising that Elizabeth interpretred God's intervention personally: she felt blessed she was going to have a baby. And so she praised God!

But God was doing much more than meeting her personal needs and fulfilling her family dreams: God was putting his people in place for his purpose; God was accomplishing his corporate, big-picture plans.

Finally, this text leads us to make some observations, learn a lesson, and agree to action steps.

Remember: God is playing chess on two levels:  simultaneously: our personal destinies are intertwined with his redemptive purposes. So say 'Yes!' to God in following Christ personally and in fulfilling his purpose for this time and this place with this people.