We plan to redeem St. David's Church in Bathgate, Scotland, to be the home for our ministry training center that equips leaders and missionaries for gospel advance in Europe. This page describes our plans and how you can be a part. 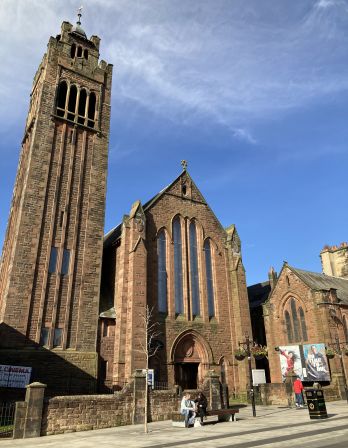 Some of us are old enough to remember the darkness that was the Soviet Union, an officially atheistic regime marked by cruel, state-sponsored persecution of Christians and the suppression of churches. On a CBU Mission Trip to the Soviet Union in May 1990, the Lord opened a door for the gospel. The ‘door’ was simply an opportunity to preach the gospel to a room full of university students. Atheists came to Christ, students responded to the gospel, and CBU began to take baby steps for gospel advance in Ukraine. Over the next few years, we planted five more churches in Ukraine – and one in Spain – all of which remain thriving.

One small step of obedience has produced exponential growth; one brief gospel presentation resulted in thousands encountering the good news of Jesus. As we celebrate this, we also look beyond to the rest of Europe. This continent needs the gospel of Jesus.If you grew up in the Bible belt, you might think everyone has access to the gospel and that most people are Christians. This is not the case in Europe. When you think about Europe, you might think of the majesty of the Swiss Alps, Paris in the Spring, or a lazy afternoon in the Italian countryside, under the Tuscan sun. But as beautiful as Europe is on the outside, the spiritual darkness that grips it is overwhelming. Out of all the regions of the world, Europe remains the dark continent. It is deeply secular, spiritually closed, morally relativistic, and gospel resistant.

We plan to establish a ministry training center in Europe. Out of all the regions of the world, Europe remains the dark continent. It is deeply secular, spiritually closed, morally relativistic, and resistant to the gospel. Following in Paul's footsteps (Acts 19:9-10), training leaders is a key part of gospel advance. There is a huge need for contextually-appropriate church planter and missionary training in Europe that not only lays biblical foundations but also equips leaders for practical and spiritual ministry.

For the gospel to win in Europe, there is a huge need for contextually-appropriate church planter and missionary training in Europe that not only lays biblical foundations but also equips leaders for practical and spiritual ministry in the European context. Launched in 2017, our ministry training school equips leaders with theological foundations, practical ministry skills, and dynamic spirituality to plant, lead, and grow Christ-centered, Spirit-empowered, contextually appropriate churches. In these first four years we have equipped over fifty leaders, pastors, missionaries, and church planters from nations across Europe. But now it is time to establish a home for our school.

If we’re going to reach Europe, we need to reach places like Bathgate. This strategically-located town is a microcosm of the secularization that has happened across Europe. At the beginning of the last century, multiple churches filled the town center. Churches grew so rapidly that St. David’s Free Church demolished their 400-person building and in 1904, rebuilt in the same location with room for 700 people.

This iconic church, built by an award-winning architect in the center of Bathgate, recognizes the Jewish roots from which Christianity sprang through Jesus, the Son of David, as it has a star of David on the roof gable above the sanctuary. 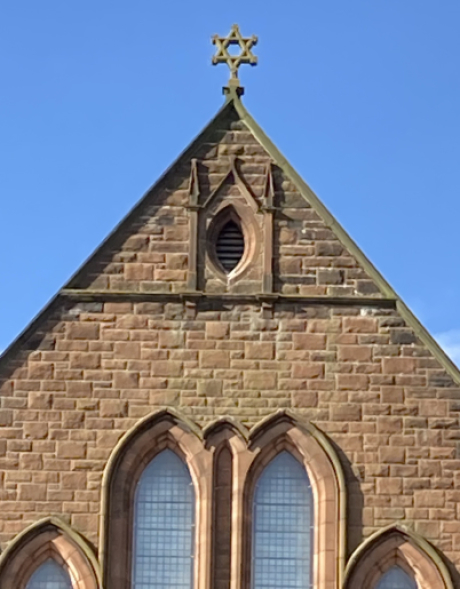 This church became an apostolic sending church – planting other churches, establishing gospel missions, and ministering to the down and out in Bathgate. It became a beacon of gospel hope in the midst of a working-class mining town. But eventually, the light of the gospel faded as the church over the decades grew old and small.

Sadly, it closed its doors in 2007. At its final worship gathering, the history of the church was recounted, and this simple statement was made: "St. David’s was built for one purpose: for Christians to meet together to worship in God’s house."

And so this building – St. David’s in Bathgate – was built for God’s glory, built for worship, and built for Christians to gather to celebrate God and enjoy him and his presence in fellowship with others.

But when this church closed in 2007, the building was sold to a businessman who turned it into a night club and a cinema. Rather than being filled with praise and adoration of our glorious king, St. David’s has become a place of profit. It was built for one purpose, now it's being used for another.

This story has been multiplied across Europe: the light retreats, the darkness comes in, and God's people stand on the sidelines feeling powerless to respond. But God has a better way.

In partnership with Centrepoint Church, we had previously made plans to build a new purpose-built building that would serve as a hub for equipping and sending ministers across Europe. Now, instead of building a new building with all the laws, requirements, and high costs in terms of time and finances, we dream of redeeming this building so that we can carry on advancing God’s gospel – here in Bathgate and Scotland and across Europe.

Even though – like Abraham being willing to sacrifice Isaac – this new building would have been expensive, costly, and require great sacrifice – we had been moving forward because we felt this was the right thing to do. But like Abraham with his knife raised, ready to sacrifice Isaac, the Lord has provided the St. David's building, a ram in the thicket.

We recently found out that St. David’s is on the market – the owner of the Bathgate cinema is retiring and selling his business. After an intense period of due diligence surveying the land, valuing the building, and engaging outside wisdom, we believe God has called us to buy and redeem St. David’s – to re-establish this house of God for its original purpose.

Not only is this the most strategic location in this town, but also in the heart of Scotland, within an hour of the nation’s two major international airports. It will serve as a base for training and sending missionaries out into God’s great harvest.

God promises in Isaiah 61:4 that those anointed by the Spirit of God will

This is what God is calling us to do. Although it was our original plan to build a new facility in a village called Wester Inch near Bathgate, we believe God is calling us to buy St. David's, to redeem it for his glory, and to establish our ministry training center here. As we have explored this option, we feel this plan is best for both Centrepoint Church and our school of ministry.

But beyond all of the practical benefits, this is abo 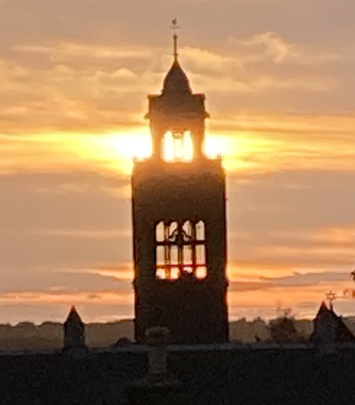 ut the glory of God. By redeeming a house of God for gospel ministry, we are making a prophetic declaration that God’s glory will cover the earth as the waters cover the sea.

It’s time for the CBU family to join our faith and our financial resources to redeem St. David’s and restore this house of God to its original intention.

It’s time for us to reach Europe from the heart of Scotland. God is going to use our prophetic act of rebuilding the ancient ruins and re-digging wells to spark revival, to transform Scotland, and to launch gospel advance across Europe.

If we all do everything we can - now - we can get this done. This is a time to write the biggest check for the kingdom of God that you have ever written. By making a sacrificial gift, you will make a prophetic statement that the light is coming and that the darkness is fleeing.

As we redeem St. David’s for the glory of God, we’re going to see his glory break out all across Europe. You can sow a seed, the fruit of which will echo in eternity. Don’t be timid – in a spirit of prayer and in humility before God’s holy presence, we need you to make the biggest contribution you’ve ever made.

Now is the time for action. Let’s get this done.

Click here to make a special gift to this project.