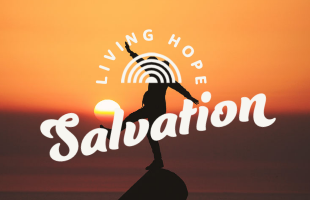 It's the hope that kills you.

When we lived in Ukraine, part of the difficulty was the lack of predictability, especially around shopping. We simply did not know when what might be available. Something like a grocery list became an exercise in guesswork, a wish list that had little bearing on what we actually came home with. We discovered that it was futile to get our hopes up that our plans had much influence on results. One of the missionaries developed a strategy called, “Expect nothing, and be pleasantly surprised”.

Supporters of Scottish football have a similar coping mechanism. It’s easier to survive by embracing the art of low expectations. It’s better for your emotional and mental health to have NO HOPE than it is to set yourself up for your dreams to be destroyed in a cruel manner.

Before an important match, supporters are hoping that their team does well: they want them to win, to qualify for the Champions League or UEFA, or simply to stay up and avoid relegation. However, people know that their team may not be good enough or that they need to rely on another team or sometimes a bit of luck to help them. This gives fans hope and allows them to dream. However, this optimistic feeling can be destroyed by a bad decision, poor play, or bad luck, leaving the fans’ dreams in tatters. To avoid the PAIN of hope being dashed, we develop the coping mechanism of having NO HOPE. Because people’s experience in football is it’s the hope that kills you and because we want to live, we kill hope.

We often take this kind of attitude – not just about football – but into the rest of life. To cope with the vicissitudes of life – life’s ups and downs – we set aside hope. But in 1 Peter 1:3-9, we see a different kind of hope on offer – strong hope, persistent hope, confident hope - hope that is so strong, it produces joy.

3: Blessed be the God and Father of our Lord Jesus Christ! According to his great mercy, he has caused us to be born again to a living hope through the resurrection of Jesus Christ from the dead.

First of all, Peter erupts in great praise – he is blessing God – the eternal Father of our Lord Jesus. And then, he explains why he is so full of praise. His first reason for praise is SALVATION. He says here that according to his great mercy, he has caused us to be born again.

Now, that phrase born again refers to regeneration – being born spiritually. This is the instantaneous work of God when he makes us spiritually alive. Being born again is the work of God; Eph. 2:5 says God made us alive. It’s also described in John 3:3-7.

Peter clarifies that God causes this in our lives on the basis of His mercy. Mercy is kindness or goodwill toward the miserable and afflicted, joined with a desire to relieve them. When it is used about God, it is often used, as it is here, in relationship to salvation. Therefore, our salvation is the WORK of God. He causes it, and it is on the basis of God's mercy. His motivation is his own kindness.

But notice the God dimension of salvation – it’s God’s mercy, God’s causality or action, and God’s raising Jesus from the dead. Now, our focus is hope, but the same thing is going to be true of hope. Our salvation is not "manufactured by man" but by God. And the same thing is true of the hope we’re talking about. I’m not encouraging you to start thinking optimistic thoughts; I’m inviting you to step into something GOD has created.

The hope Peter is describing is a kind of spiritual or uniquely Christian hope. It is quite different from normal hope or human hope or natural hope. Let's briefly unpack the difference between biblical hope vs natural hope.

For this hope to be alive, means that it is living. It is an active force in our lives, and we continue to live in this arena, this zone of hope.

Dead hope is when we stop having hope; this is the amount of hope that a Livingstone football supporter has that his team will win the Scottish Premiership league. That’s a dead hope. If he were honest, he’d admit that that’s not even within the realm of possibility.

But we have living hope – it lives because JESUS was raised from the dead, demonstrating God’s intention to raise us from the DEAD, AND we have been given the Holy Spirit as a down payment on our future redemption.