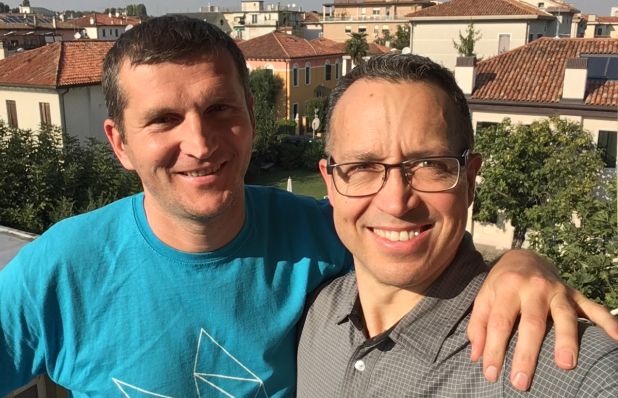 Three weeks ago, I was ministering in a church plant in Mestre, Italy with my good friends in ministry Oleg and Natalie Savchak. Oleg leads our church in Ternopil, Ukraine and is a great man of God. It was out of this Ternopil church that the Mestre church was planted.

It’s really strange to walk into a room and be surrounded by Russians and Ukrainians, feeling like I’m back in L’viv, and then walk out the door to be greeted by the aroma of Italian pizza wafting down the street.  But more than sights, sounds, and smells, we observe several remarkable facts about this church development: 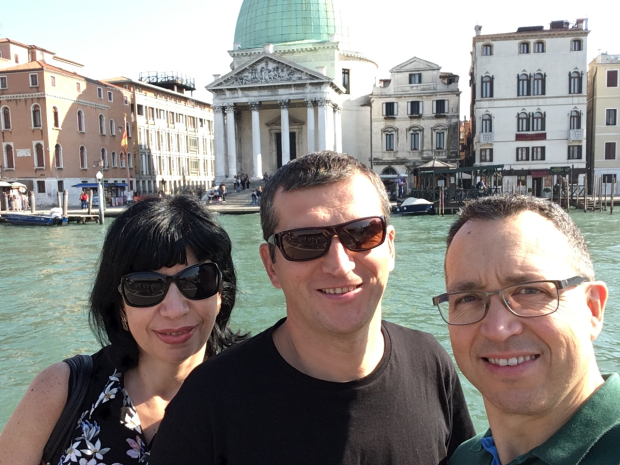 First, Italy is one the least evangelized nations in Europe. Gospel statisticians note that less than 1% of Italy’s 60 million people are evangelical (gopsel believing).  we related on our website (https://www.cecp.eu/italy):

The vast majority of towns and cities remain without a single Evangelical church, most often without even a single known believer.

Mestre is just outside of Venice, and has a metro population of around 250,000 people. But there are only 9 evangelical churches in the city, and these are all in the 40-80 person range. So we’re talking about a city where around .2% of people (not 2%!) are active evangelical believers. That’s two out of every 1000 people. And according to the pastor, the city of Venice has no evangelical presence.

Second, this church plant happened because of the Ukrainian diaspora. With the collapse of the Soviet Union, many Ukrainians have emigrated, moving to other European nations, Brazil, the United States. From a peak of 52 million in 1992, the population has shrunk to around 44 million today. While it’s been difficult for Ukraine, it’s been good for the gospel: we now have church plants and small groups in Spain, France, and Italy. God is sovereign, and like in the 1st century Roman empire, the gospel of God follows the people of God.

Third, this situation reminds me of the New Testament churches in Macedonia. Paul writes that ‘for in a severe test of affliction, their abundance of joy and their extreme poverty have overflowed in a wealth of generosity on their part’ (2 Corinthians 8:2). Ukraine is a poor nation; it’s been ravaged by economic hardship, political turmoil, and militaristic neighbors. But this poverty has overflowed to gospel increase.

Fourth, sowing and reaping works. Paul writes: ‘The point is this: whoever sows sparingly will also reap sparingly, and whoever sows bountifully will also reap bountifully.’ When we first encountered the gospel opportunity in Ukraine in the 1990’s, we shared that with believers in the United States. People responded, people gave, and we were able to plant churches that are still going strong.

But more than that, the financial seeds that funded gospel advance in Ukraine retain their potency. Gifts given in the 90’s continue to bear fruit for gospel advance in Italy – 25 years later. What should we learn from this?

Very simply - God has not given up on Europe. The financial seeds that propel gospel seeds continue to bear fruit. As we join our faith and our finances to establish our ministry training centre in Scotland, we're going to see much more gospel advance in Europe. The dark continent is going to be full of the light of God!!!