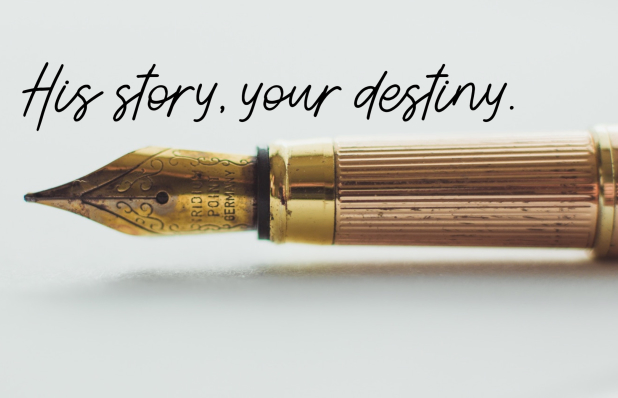 Easter is about the resurrection of Jesus from the dead. But you could be forgiven for thinking it was about something different. Walking through the local super market we see all kinds of things commonly associated with Easter - chocolate and eggs and bunnies. But no Jesus in sight. As we go back to the original texts that tell us what happened at the first Easter, we remember that all of this is about the resurrection.

Jesus was crucified on a Friday, the day of Preparation for the Passover, which in AD30 and AD33 was also on Sabbath. Jesus was nailed to the cross around 9am Friday morning, the sky grew dark around noon, and at 3pm, Jesus died. There were just a few hours between his death and the start of the Sabbath. During this brief window, Joseph of Arimathea got permission from Pilate to bury the body of Jesus. As described in Matthew 27:57-61, Joseph placed the body in his own newly rock-hewn tomb. Mary Magdalene and the other Mary observed the burial and the tomb being secured with a big rock.

The story of resurrection unfolds over a series of key scenes.

But fear that this band of fear-gripped disciples would steal the body prompted the religious leaders to ask Pilate permission to seal the tomb and place a guard there. Pilate granted permission, the tomb was sealed, the guard was set. Why? Because a dead teadher is much safer than a resurrected Messiah. Dead teachers can be appreciated or ignored; the resurrecte Saviour is the Son of God, and he's Lord, and must be obeyed.

But there's the thing: we still live in a world that wants to keep Jesus in the tomb. Why? People don't mind a dead Jesus; he can be ignored as a sad but noble martyr. But the resurrected Jesus is Lord, and he must be obeyed.

Jewish burials did not involve embalming. Rather, the body was set on a shelf inside the tomb or rock-hewn tomb for it to decay over the course of a year. At the end of the year once only bones were left, they were collected and put in an ossuary - a small stone box - and stored in the family tomb. With this in mind, the spices brought by the women were for the purpose of covering up the stench during the year of decay.

The women did not know that a guard had been posted; the big question on their mind was how they would move the stone. That it was women who went to the tomb underscores the historicity of the account; women were not trusted as reliable witnesses in court. All the gospel accounts confirm this, and had it not happened that way, there would be no reason to invent it. But it also raises the question - where were the disciples? Very simply, they weren't on their way to the tomb because they were afraid. They were staying away.

Here's the thing: it's not the stone that keeps people from the tomb; it's unbelief. As the women discover, the stone wasn't an issue. But all the other followers of Jesus were not the first eye-witneses of the resurrected Lord, simply because they doubted.

Things happen quickly. There is an earthquake, an angel that looks like lightning and wears white shows up, moves the stone, and sits down. The soldiers become like dead men - possibly out of fear, possibly because of God's power. Or both. Interestingly, the one was dead is now alive, and the living ones become like dead. Then they skedaddled.

Here's the deal: guards, seals, and rocks can't stop God. God does what God is going to do.

The women see the stone has been rolled back. The angel knows their mission: ‘You seek Jesus who was crucified’. But they learn the big news: ‘He is not here’ The situation has changed - dramatically. More than that - He has risen. The resurrected Lord isn't enountered in the tomb; the Living One is encountered elsewhere. There is no crucified Jesus to be found; only a resurrected on. Seeking the wrong kind of Jesus leads to the wrong kind of encounter.

What does one do encountering an angel and an empty tomb and the story of a resurrected Lord rather than the expected dead Messiah? The women responded with fear and great joy. They did what the angels said and left to tell the disciples about their encounter. Jesus meets them on the way and offers the casual greeting, 'Greetings!'. They responded, appropriately, with humility and worship. But here is the key observation:

The women experienced the story they believed.

But this story doesn't end with the resurrection; there is another episode. The guards flee the scene and report to their overlords. There is no record of probing the actual events; the possibility of a resurrection was rejected as a matter of course. Rather, the religious leaders instantaneously initiate a cover up. Using bribes to ensure secrecy, they instruct the soldiers to say that the disciples of Jesus stole the body while they were asleep.

As far as cover-ups go, this one is pretty shoddy. The first part is based on incompetence; soldiers aren't supposed to fall asleep on the job. The second part is based on conjecture; if they were asleep, how do they know what happened? So the cover up asks us to believe the report of incompentent non-witnesses. No wonder it didn't hold up against the testimony of the apostes who actually met the resurreted Lord.

There was one event, one resurrection, one empty tomb. But two different story emerged from the one event.

One event, two interpretations, two destinies. Our destinies are determined by the stories we believe. When we believe the story, he writes our stories into his story, and his story becomes our destiny.