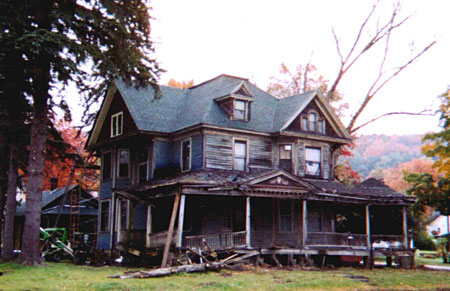 Why would old people cry when a good thing is happening? This was the strange circumstance described in Ezra 3:12.

The good thing happening was that after 70 years of captivity in Babylon, God's people had returned to Jerusalem, and the foundations for the temple had just been laid. Most of the people were so excited, they erupted in song: "For He is good, for his steadfast love endures forever toward Israel." They couldn't contain their joy! "All the people shouted with a great shout when they praised the Lord, because the foundation of the house of the Lord was laid" (Ezra 3:11).

But not everyone was praising with shouts of joy. That's what Ezra 3:12 is about: Many of the old people wept with a loud voice when they saw the foundations of this house being laid. The reason they were weeping is that they had seen the first house.

These were those few, older, precious saints who had been carried into cpaptivity - and they remembered. They knew what glory was - they knew the presence of God in the former house - they knew how God had moved. And while they were surely happy to be back in Jerusalem, the laying of the foundation for the temple provoked their memory of the temple that had been so precious for them. They were living in the past - they could not envision a better future for the people of God.

It at precisely this moment that the the ministry of Haggai brings very important words to God's people. He makes three key points:

1. The past was good, but don't live there. "Who is left among you who saw this house in its former glory? How do you see it now? Is it not as nothing in your eyes?" (Haggai 2:3). He is speaking to those who can remember - affirming that, yes, the former glory was good, but do not despise what God is up to now.

2. You need to be strong. He speaks directly to Zerubbabel, the governor/leader: "Yet now be strong, O Zerubbabel, declares the Lord. Be strong. Work, for I am with you, declares the Lord of hosts." There's alot to be done, and we need to be strong every day. Crying over the past doesn't accomplish the work of God; God's purposes for today are advanaced as we get up and go to work.

3. The future will be better than the past. After promising that "yet once more, in a little while, I will shake the heavens and the earth," Haggai delivers the punch-line of the prophecy: "The latter glory of this house shall be greater than the former." This was way too much for the old-timers to wrap their minds around. How could God do something greater than what was already done?

In the same way that both Jews and Gentiles contributed towards the building of God's house at the time of Zerubbabel, that house became a picture of what God was going to do in the nations. No one standing at that place, watching the foundations being laid, listening to this prophecy from Haggai could have imagined that one day, God's temple would be his people: "Do you not know that you are God's temple and that God's Spirit dwells in you?" (I Corinthians 3:16). And his people would not be limited to one city or one nation - God was going to take this thing world-wide.

We tend to make judgments about the future based on our interpretation of the past and our understanding of the present. God, however, plays on an entirely different plane: there is an ultimate destiny towards which God is steering his creation, and He superintends its accomplishment every step of the way. Regardless of what ups or downs you may be experiencing today, the ultimate destiny of God's children is glorious. Jesus said it like this: The righteous will shine like the sun in the kingdom of their Father (Matthew 13:43). God is very good at what He does. And He is very, very good at restoration. 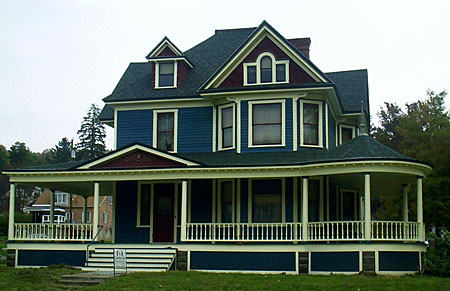