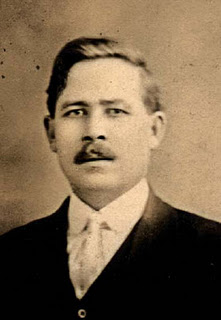 There was no perceptible Pentecostal movement in the Soviet Union before the 1920's.  Ivan Voronaev was a Russian Baptist preacher who had fled persecution from the Tsarist regime.  He experienced the power of the Holy Spirit in New York City, and after establishing a church there, felt called to return to his homeland as a missionary.  He arrived in Odessa in 1921.  By 1928 there were 350 Pentecostal churches with a membership of over seventeen thousand in the Odessa region and in Ukraine.

The Soviet regime eventually caught on to the danger that evangelicals posed to their utopian/statist dreams and began an intense persecution of Baptists and Pentecostals in 1929.  By 1935 the number of evangelicals had been reduced by half.  Whatever happened to Ivan Voronaev?  I'm glad you asked:

Ivan was arrested after midnight one night in 1929 by Stalin's secret police.  He was accused of being a spy for imperialist America.  The fact that he had received some financial support from American Assemblies of God and the Russian and Eastern European Mission was used against him as evidence.  Ivan was shipped off to the gulags of Siberia, to be followed by his wife in 1933.  Katherine was released from the Gulag 24 years later, after Stalin had died.  Ivan never came home.  He was last seen in 1937.  His life ended when he was placed in a cell with hungry, vicious dogs.  He lies in an unknown Siberian Grave.

The Soviet Union died in 1991.  At last count, there are over 7,000 evangelical churches in Ukraine.