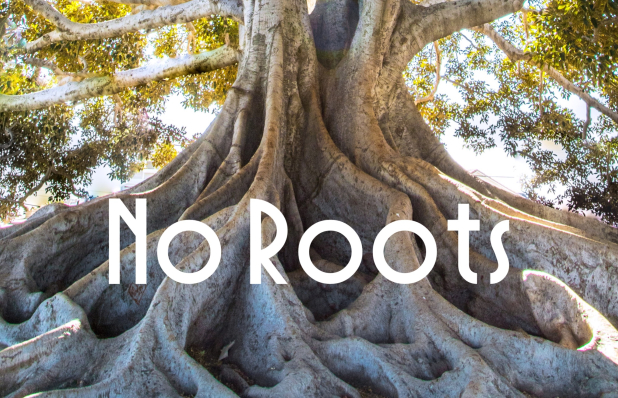 In the song 'No Roots', Alice Merton sings about her third culture experience of growing up between cultures and having an identity not linked to a specific place.  The song's bridgee acknewledges that

I’ve got no roots but home was never on the ground.

For those who have always lived in the same place and with the same culture, this sense of rootlessness is difficult to understand, but it descrbes well Abraham's experience as described in Hebrews 11:9 where we learn that he was living in tents with Isaac and Jacob. Why was Abraham living in tents rather than some of the nice cities around in Palestine?  Even more basic - why was he there at all? Let's take a note of how Hebrews 11:8-12 describes Abraham, the father of faith.

1. Abraham had faith to obey

v. 8:By faith Abraham obeyed when he was called to go out to a place that he was to receive as an inheritance.

It seems simple, but obedience rooted in faith is the foundation of all the blessing that follows. To receive the inheritance, you have to go. Going precedes receiving. But notice that obeying God doesn’t mean everything is going to go well; Abraham experienced all kinds of problems. Even though faith doesn't lead to a problem-free life, obeying God means everything is going to end well.

2. Abraham had faith for the Unknown

v. 8: And he went out, not knowing where he was going.

Sometimes we want to have the deal figured out before we begin; normally, God doesn't do it like that. Abraham started even though he didn't know the destination. Obeying doesn’t require having all the answers; Obeying is the fruit of faith. Probably, that's because if God told us everything at the beginning, we probablty wouldn’t obey.

3. Abraham had faith to inhabit the promises

v. 9: By faith he went to live in the land of promise, as in a foreign land

This is basic, but profound: to experience the promise, you have to inhabit in the promise. We often want the benefits of the promises without the pricetag of activelty inhabiting them. Observe: the promises of God are the natural habitat for the Christian. Living in a foreign land means that inhabit the promises might not always be comfortable, but it's where we're supposed to be.

4. Abraham had faith to endure

v. 9: living in tents with Isaac and Jacob, heirs with him of the same promise

5. Abraham had faith to see

v. 10: For he was looking forward to the city that has foundations, whose designer and builder is God.

For me, this is the most remarkable verse in this passage. Abraham was able to see beyond God's promise of land and posterity to the eternal kingdom of God. He was able to see the new heavens and the new earth described in Revelation 21:1-4.

What can we learn from this? Abraham saw the eternal but was faithful in the temporal. Success now means living well with eternal perspective. To endure the temporal, we need to see the eternal.

6. Sarah had faith to receive

v. 11: By faith Sarah herself received power to conceive, even when she was past the age, since she considered him faithful who had promised.

Bluntly stated: This was an impossible situation from a human perspective; post-menopausal women don’t have babies. But the game changer was the promise of God. Sarah was able to simultaneously consider the physical limitations of her body and  trust God's ability. Faith to receive what seems impossible comes from considering that God is faithful to do what He has promised.

12: Therefore from one man, and him as good as dead, were born descendants as many as the stars of heaven and as many as the innumerable grains of sand by the seashore.

Abraham persevered in faith, and he received what God promised. Here's the deal. God will keep his word; he invites us to inhabit and believe his promises. Rom Paul describes in Romans 4:19-21, faith does not ignore circumstances; faith looks at circumstances through the lens of God’s promise. Faith believes God is able to do what He has promised.

What does this mean for us? Simply, that because God keeps his word, because he is trustworthy, because his word is true, we need to believe it, and act like it. God invites us to inhabit his promises - whether Philippians 4:19, Matthew 28:20, Isaiah 26:3, or I John 1:9, God makes us powerful promises.

The essence of Christianity - the hearbeat of following Jesus - is believing that his promises are true and trustworthy, and acting like it. The act of obedience, taking steps based on the promise of God - makes sense because God's word is true.

Remember, faith is the settled confidence that something in the future – something that is not yet seen but has been promised by God – will actually come to pass because God will bring it to pass. As long as we are living the life of faith, it will feel like we have no roots. And it's true - we won' be rooted in the temporary, passing fashions of this age. But we will be rooted in the eternal promises of God. And those promises are roots enough.