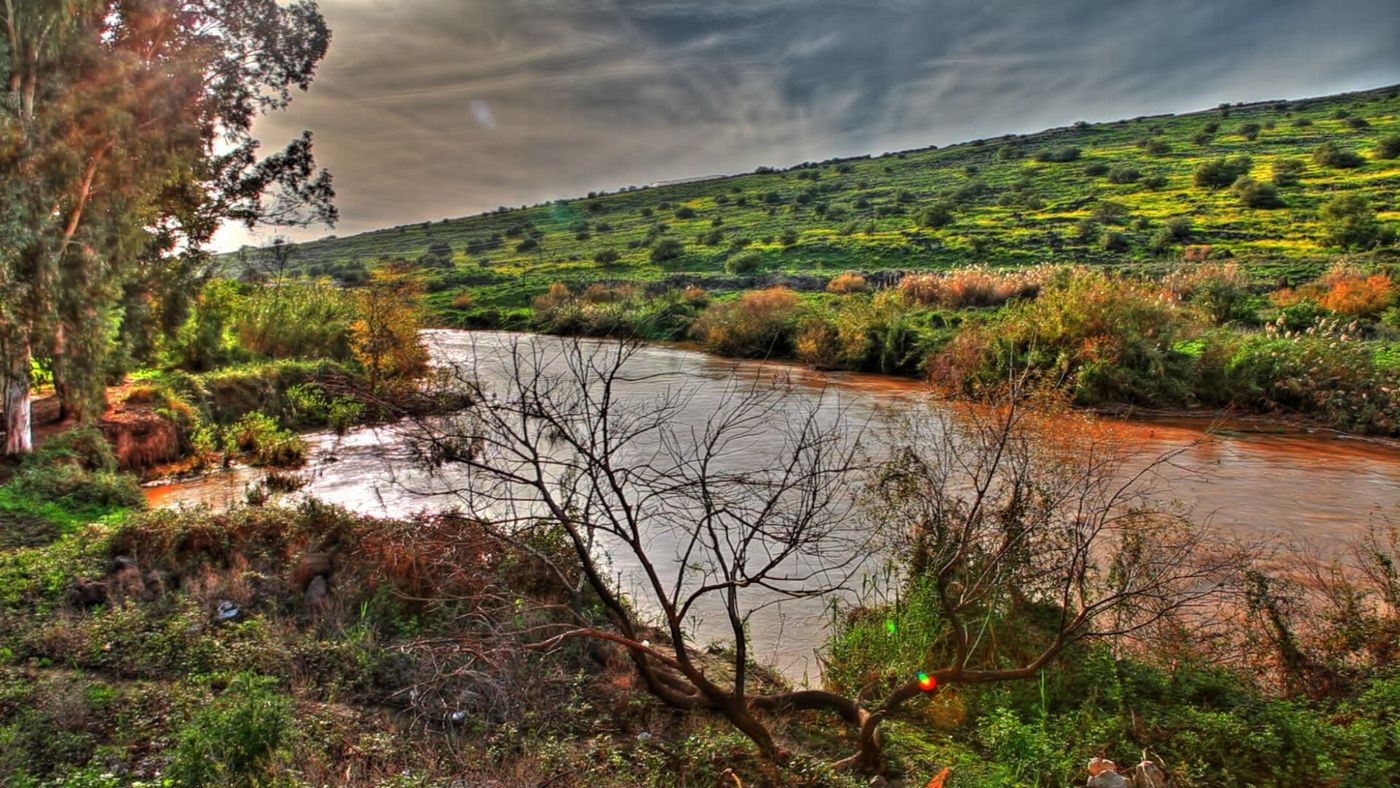 I want to share my perspective on what God is up to, and where he is leading his people – specifically what he is doing with CBU. At our recent May conference, June Evans pointed out that the Body of Christ in the United States finds itself at an interesting time and place: we are facing many different tensions and transitions. She affirmed this by describing the cultural confusion currently afflicting our nation.

Teaching from Joshua chapter 3, June said that we are in a similar place to the Israelites who had to face the reality that ‘you have not been this way before.’ That phrase implies something new, different, and unknown. This comes after Joshua 1:1-9, which set the stage for the rest of the book of Joshua. This passage begins with God’s announcement: ‘Moses my servant is dead’. It includes the Lord’s instruction to cross the Jordan, and it concludes with the exhortation to be strong and courageous because God would be with Joshua as he was with Moses.

A. Observations from this passage

2. Generational Places: Every generation has a ‘domain of activity’ where their calling and God’s purposes play out.  Moses’ place was the Wilderness; Joshua’s place was the Promised Land.

5. Generational Presence: God is present and active in every generation, though the experience of his presence may be generationally unique.  God promises: Just as I was with Moses, so I will be with you.

B. Applications to CBU From This Passage

1. Generational People: The 1st Generation leader of CBU was Jim Jackson: God raised Jim up to establish CBU and lead it for its first forty years.  In the 2nd Generation, like Moses relinquishing leadership to Joshua, Jim has handed the baton to Tom to lead CBU into the next season of its destiny.

2. Generational Places:  In the first generation of CBU, we were based in Montreat, NC, and worked primarily in the United States.  In the second generation of CBU, beginning with CBU world missions in the 1990’s, God has expanded our ministry to include Europe where key initiatives are underway in Ukraine and Scotland.

3. Generational Purposes:  In the first generation, through the ministry of Jim Jackson, CBU was focused on Spirit-empowered Bible teaching conferences. Birthed in the charismatic movement, CBU worked to introduce people to the power and presence of the Holy Spirit. When Jesus left planet earth, he told his disciples to WAIT for the Holy Spirit.  In the second generation of CBU, God is leading us to fulfill the Acts 1:8 purpose of the power of the Holy Spirit – to be a witness to the nations of God’s salvation in Christ. When Jesus left planet earth, he told his disciples that, after they had been filled with the Holy Spirit, to GO into all the world and preach the gospel.

4. Generational Provision:  In the first generation of CBU, people were inspired to give at conferences so that others could experience the same presence and power of God.  In the current generation of CBU, God’s provision comes because people like our Reach Out Club are inspired to give so that those who don’t know Christ can hear the gospel of Jesus.

5. Generational Presence: In the first generation of CBU, God was with us in a remarkable way through the person and presence of the Holy Spirit.  In our current day, we are trusting that, like with Joshua – God will be with us in personal, powerful, and remarkable ways. We need Him!

C. Encouragement from this Passage

What does all of this mean for CBU? As we reflect on the significance of this passage and what God is speaking to us through it, note that God told Joshua – Be strong and courageous (3 times!). We need to encourage each other that God will give us the land he has promised. Specifically, God has given us a dream – to plant 50 churches in Europe in the next 20 years in the key educational, cultural, and business centers of the continent. He has given us the dream of establishing a training center for church planters, pastors, and leaders. And he has given us the dream of mobilizing missionaries into spiritually-needy areas under-served by the gospel.

These are big dreams! That’s why we need to be strong and courageous! Just like Joshua, however, we face huge giants in our day. We face the giants of agnosticism and secularization and gospel resistance. We face the giant of a generation disillusioned with organized religion. And we face a world increasingly skeptical that the gospel has the answers for the challenges we are facing. Those are huge giants! But like Joshua, we walk forward in faith that God will slay giants, open doors, and give us the victory.

Here is just a nugget of encouragement to help us to be strong at this time. In April, I received an email from Oleg Savchak, pastor of our church in Ternopil. He invited me to join him to preach and set in pastors in a new church on the Costa del Sol in southern Spain. This is a Russian-speaking church plant out of our Ternopil church. The young man we’ll be setting in to be pastor was saved through a drug rehab centre as an outreach of our Ternopil church. Think about this: we planted that church in Ternopil in 1994. That church was planted out of a church in L’viv, Ukraine that CBU planted in 1992. That church plant in L’viv in 1992 came out of a short term mission trip we took to L’viv in 1990. That mission trip in 1990 grew out of a phone call I got from Dean Simpson in January of that year, 1990.

This is what I want you to see: the praying and giving of the CBU family enabled the first church plant to happen in L’viv in the 1992. It was through the continued praying and giving of the CBU family that we were able to plant a church in Ternopil in 1994. This is huge! The seeds we sowed together are continuing to bear fruit. Churches are continuing to be planted out of that first church plant. Russian and Ukrainian-speaking people in southern Spain are being reached with the gospel because the people in our Reach Out Club shared in this vision to go to the nations with the gospel.

As great as the past has been - we’re not done. There’s a lot more to do. There are more churches to be planted. There is more training of pastors to be done. For example, I was in Austria in February training and equipping 50 pastors and leaders from 12 European nations. If you compare the number of Jesus-loving, Bible-believing seminaries and Bible colleges in the States compared to Europe, it’s dismal – there is a huge lack of adequate, appropriate training in many Europe nations. The need is immense. But so was the need that faced Joshua. As we walk forward, together, we can make a huge difference.

The future is always different from the past. That’s why God met Joshua and gave him this word of encouragement. Living in a time of possession is different from living in a time of crossing the wilderness. In the wilderness, the conflicts were between the people of God themselves. In the time of possession, we are facing giants and walled cities, and we need the power of God. But – God is good, and like he promised Joshua, as I was with Moses, so shall I be with you. God is going to be with us as we walk forward in faith and say yes to his mission to take the gospel to people who don’t know him.

With Moses and Joshua, forty years of preparation in the wilderness laid the foundation for forty years of possessing the Promised Land. Today, we are just starting to build on the first forty years of CBU’s legacy. When CBU started, we learned how to wait on and experience the power of the Hoy Spirit. Today, we are going in the power of the Holy Spirit to the take the gospel to the nations. God has called the CBU family, with a spirit of adventure, strong prayer to boldly cross this Jordan and lay hold of the future God has for us. 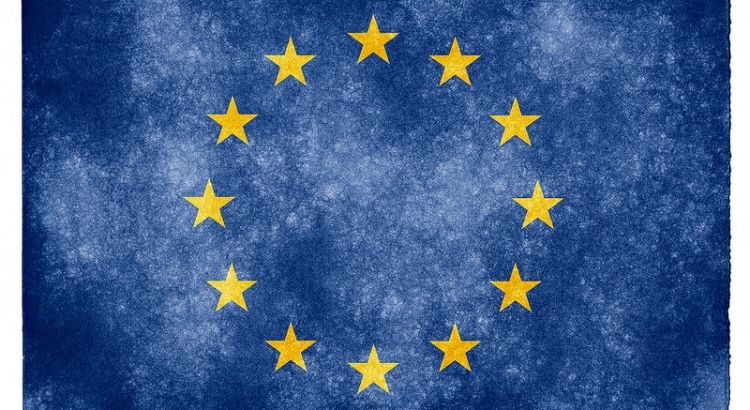