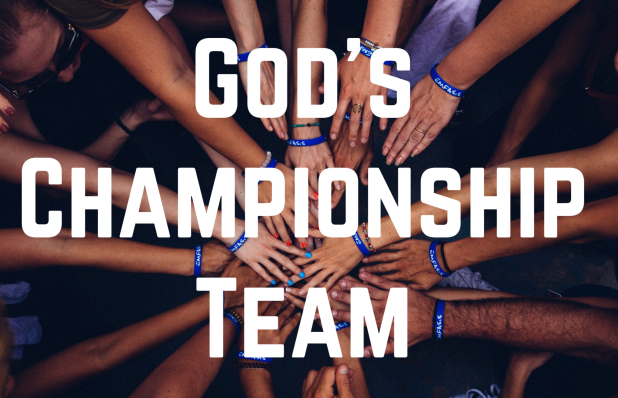 We understand that victory is part of our inheritance in Christ (1 Corinthians 15:57). The ultimate victory into which Jesus brings us is triumph over death. But in this life we can experience victory in Christ - the inheritance of peace, righteousness, and joy in the Holy Spirit available for every believer.

However, the victorious Christian life isn't only personal - it's what we experience as a team. When Jesus spoke of building his church (Matthew 16:18), he described it as a prevailing church. That is, darkness and hell will not win against it; it will win by fulfilling God's purpose in the earth.

What are the characteristics of a championship team?

What does it mean to win?

To be a championship team means that we understand what it means to win. In basketball, baseball, and football, although they use different balls and play by different rules and points are scored differently, they all have the same win: scoring more points than your opponent.

In the kingdom, we 'score points' in two big ways: the Big Win can be summarised as glorifying God and making disciples. When everything we do is for the glory of God, ensuring that he gets the honour, the majesty, and the praise of which he is due, that's a big win. And when we do what Jesus told us to do - go into all the world and make disciples - that's a big win.

This is what inspires me about our CBU family. Your consistent, generous giving is working to achieve a big team win. Like an offensive lineman who throws a block so a running back can spring free for a touchdown, you are paving the way so that others can hear the gospel.

Europe remains a challenging, gospel-resistant context for ministry. But that’s why we’re here. If it were easy, everyone would be doing it. By praying, giving, going – and praying some more and giving even more – we’re getting the job done. Thank you for standing with us in our focused effort to faithfully steward the gospel of Jesus amongst those who do not know him.

If you've not yet become a CBU Global Partner, join us today to make a difference in Europe!