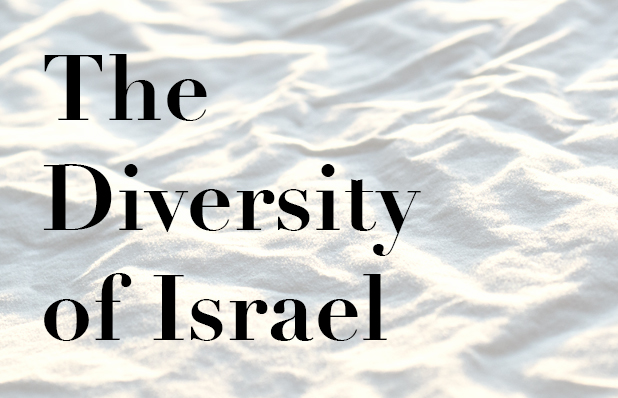 CBU just had an amazing 10 days of Bible study and spiritual refreshment in Israel. The Bible comes to life on our trips as we go on location to study and reflect in the context where biblical events happened. If we are willing to leave the tourist trail, we discover that Israel is not a monolithic bloc of orthodox Jews but a diverse nation in need of spiritual awakening.

Israel began celebrating the 70thanniversary of its existence as a modern state on Wednesday evening, 18 April. Having been in Israel with a group who had just left that evening, and with my flight out not leaving until the next morning, I had a free night to be an observer of this significant celebration. [For those looking for political commentary, see the disclaimer below].

My desire was to step inside the Israeli perspective of Israel’s 70thanniversary. And what we find is that there are multiple Israeli perspectives. This became obvious to me as I wandered through Jerusalem. I began down at the Western Wall, the most holy place for Jews because it is the closest they can get to the location of the Holy of Holies where the temple used to be.  This is what was going on at the Wailing Wall:

As I made my way west I came to the Hurva Synagogue where the men were just pouring out from a gathering onto the square for a more festive celebration.

I then left the Old City, heading north west into a more contemporary part of Jersulem. In Safra square, hundreds of people had gathered for a bit of Israeli folk music.

I then continued northwest on Yafo Street, ventually I made my way to the intersection of Yafo and Heleni hl Malka Street where this was going on:

What do we learn from this? First, Israelis range from the very religious to the deeply secular, and everything in between. Its easy for westerners on the tourist trail to get a monolithic perspective of Israeli culture; it’s not just the Wailing Wall, there’s a lot more going on.

And this same diversity marks Israel in a broader sense. Take a look at this Venn diagram: 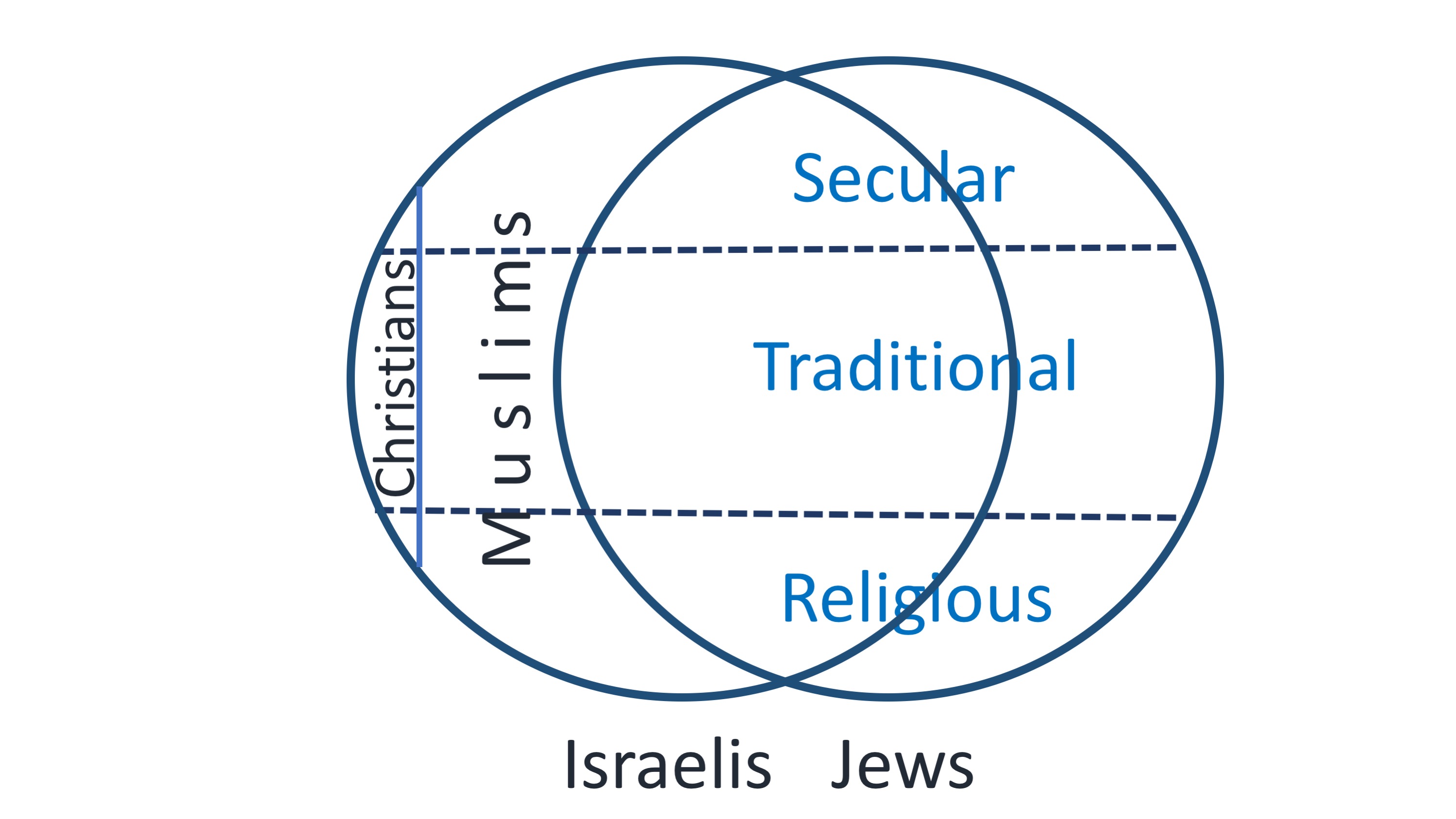 Note the diversity: first, there are religious, traditional, and secular Jews. Within Judaism, there are debates regarding what it means to be Jewish. However one answers that, it's quite obvious that there are many ways people express Jewishness. Further, note that Israelis, though mostly Jews, are also made of Muslims, and a small percentage of Christians. One of these - Jewishness - is a religio-ethnic identification. The other one - Israeli - is a national identity. It bears mentioning that I didn't bump into any Muslim 70th anniversary celebrations; all the video clips above are quite Jewish.

Very simply this: when you pray for Israel, do not see it as one monolithic bloc of religious Jews. Rather, understand that it contains an astounding degree of religious, cultural, and political diversity. From a spiritual perspective, a Jewish friend told me that secular Jews will be more open to the gospel because they have less to unlearn. The orthodox have been taught a variety of proof texts regarding why Jesus is not the Messiah. Don't, then, assume that the very religious are the closest to God's heart; they weren't in Jesus' day. So, with that understanding, pray for the peace of Jerusalem, and, in Paul’s Jewish perspective, the salvation of the Jewish people: ‘Brothers,  my heart's desire and prayer to God for them is that they may be saved’ (Romans 10:1) – in Israel, and beyond.

Those looking for political commentary will be dissappointed; that's not what this blog is about. The topic of Israel brings up many religious and political passions, and this is not the place to engage those. Israel for decades has been marginalised by the world. Palestinians feel marginalised by Israel. And Christian Palestinians in places like Bethlehem, which used to enjoy a Christian majority, feel marginalised by the Muslim majority. This cascading onion of pain within pain within pain is ... painful. On one hand, I understand the voice of those who feel Palestinians are not being treated justly. The current status quo is simply untenable for the long term. On the other hand, borrowing a phrase from Tevya, I can only imagine what it’s like to escape the Holocaust only to be surrounded by nations committed to your non-existence. The issues in Israel and Palestine are long-standing and complex and this blog post is not about trying to sort them out.