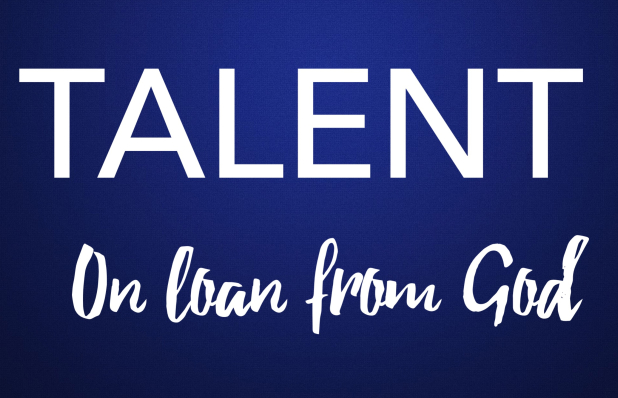 All across the nation, May is a month of transition as university students graduate to begin their next step in life. My mind is drawn back to when I graduated in Chapel Hill, stepping away from the defined life of a student to experience the joys and challenges of life in the great big world.

Following Jesus is like that – take a step from one thing to the next; not only are we called to walk in faith, but with faithfulness, a core theme of Jesus’ of teaching in the last week before the crucifixion. I was just in Jerusalem with our CBU pilgrimage, standing on the steps going up to the temple, the same steps here Jesus would have sat, teaching his disciples in the last week of his life.

Matthew 24 begins with Jesus predicting the destruction of the temple, which provoked the disciples asking when that was going to happen, when was he coming back, and what would be the signs of the end of the age. In his answers, Jesus goes from teaching about signs heralding the destruction of the temple to underscoring faithfulness, because no one knows when he is returning.

And so in Matthew 25 Jesus tells three key parables to help his disciples – and us – live in the in-between time. The first parable is about bridesmaids, some of whom were ready for the bridegroom’s arrival, and some who were not. The third parable is about the judgment at the end of the age when everyone is distinguished as a sheep or a goat. In between, however, Jesus teaches us how to be faithful.

The first guy invested his and double it by the time the master returned; the second guy invested his and doubled it; the third guy hid his in the ground so that he wouldn’t lose it. So the first two were able to give the master more than they had been given; they received commendation, ‘Well done my good and faithful servant; enter into the joy of your master’. But the last guy, the ‘hide his talent in the ground’ guy – he was rebuked, and his talent taken and given to the guy with ten.

What do we learn from this? First, in the context of Matthew 25, this parable is teaching faithfulness until the master returns. Too many people get caught up trying to figure out when the Lord is returning, and they’ve all been wrong, every time. 100%. No one who has predicted the return of Jesus has yet gotten it right. Why? Because that’s not what we’re supposed to be doing – our job is faithfulness, not prognostication.

What does faithfulness mean? The parable starts like this: For it will be like a man going on a journey, who called his servants and entrusted to them his property(Matthew 25:14). Jesus is obviously pointing to his immanent departure to be with the Father. But he is entrusting his property to his followers. What property? Most obviously – the gospel. Amazingly, Jesus has entrusted to his followers the life-changing story of his life, death, burial and resurrection – the means by which he saves sinners and offers eternal life and forgiveness. And he expects them to be faithful with it.

But more than that just the gospel, this parable teaches us faithfulness with talents. The etymology of talent is interesting; it has come into English directly from the Greek (through Latin and French). This word that originally meant a vast sum of money has come to mean an extraordinary ability to perform a specific task with excellence.

What does this mean for us? It means that we respond to following Jesus by using our gifts and talents for the advance of the gospel. But it also means what the word talentoriginally meant, and that is investing our financial resources in the kingdom of God. The reason this is so important is underlined by Jesus – where your treasure is, there your heart will be also (Matthew 6:21). And he wants our hearts.

This is why the CBU Global Partners are so encouraging. As a team, we have chosen to invest in God’s kingdom. Rather than giving the Lord our leftovers, we want to give him our best. Thank you for standing with us! When I think about the opportunities opening up for us in Europe, when we look at the need for the gospel, and the fact that the Lord has placed us in the right place at the right time, I’m encouraged.

There is still so much to do, and to get it done, we’re all going to have to take a step up – in prayer, and also in financial giving. Remember – with higher levels come bigger devils. We are standing on the precipice of some key gospel initiatives we’re going to be telling you about in the coming months. To get ready, we all need to be asking: how can I most faithfully steward the resources God has given me for significant gospel advance?

The good news for us is that, when we dig deep to give generously, it’s always in the context of promise: well done, my good and faithful servant!