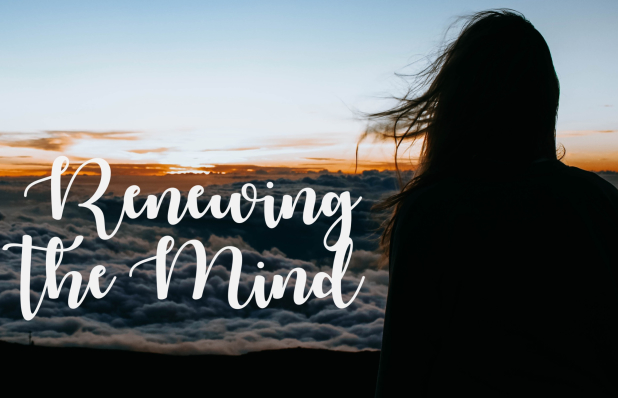 Daniel and his friends faced a big problem: they had not only been taken captive against their will and exiled to a foreign nation that didn't believe in their God, that nation (Babylon) was trying to make them Babylonian.

This process of Babyloniazation involved learning the literature and language of Babylon (Daniel 1:4), receiving new Babylonian names (Daniel 1:7), and eating Babylonian food (Daniel 1:5). Interestingly, it was the food that was the biggest stumbling block for Daniel because it clearly violated God's food laws (for example, Leviticus 11:1-47).

Daniel determined he would obey God, who blessed his faithfulness by granting success and prominence to Daniel and his friends (Daniel 1:15-20). What can learn from Daniel's faithfulness to God in refusing to believe the propaganda and embrace the values of Babylon?

1. We live in Babylon

When I say 'we', I mean contemporary Christians who live in post-Christian nations in which God's Word, even if not followed, was assumed to be a statement of reality and preferred morality. Some older Christians still remember when this may have been the case. But Dorothy, we're not in Kansas anymore. Or, as in Daniel's case, Jerusalem. This is to say - we live in a society which no longer accepts the primacy, truth, and relevance of God and his Word. And it's been this way for some time.

Many American Christians cling to the idea that we live in an apostate Jerusalem. I get it - we read and remember our great, rich, Christian heritage, and we long for the good 'ole days. But that ship has sailed. There is no going back to ... what year would you like to go back to?

The point is that we now live in a world - and in a nation - in which the governing ideas are not at all Christian. We retain our Judeo-Christian legacy, but this is only evident within an increasingly smaller percentage of people. We have a civic religion, in which people profess 'One nation under God', but this doesn't mean that Americans believe in the God of the Bible:

So whereas your generation may cling to the Christian legacy that has been passed down, this system of belief has been eroding for decades. This doesn't mean we through in the towel - it means we understand how the world has changed and get on with God's business of being a light in the midst of darkness.

2. Babylon is built on ideas

These ideas aren't true, but in Babylon, they are held to be true, and life is interpreted, and therefore experienced, as if they are true. There is strong evidence that Jesus remains embedded in the minds of Americans, but belief about him, the nature of God, and the way of salvation are increasingly out of step with God's word.

3. Babylon works to make us Babylonian

Just like the pressure applied to Daniel and his friends, our contemporary Babylon tries to shape us into its mold. Watch a sitcom, listen to a song, attend a university lecture, read an article in the newspaper, and the obvious but unspoken presupposition animating it all is that a) there probably isn't a God, or b) if there is, He is irrelevant to life and reality.

Babylon doesn't care if you think God is great, but you must believe that Babylon is great. Babylon doesn't mind if you embrace a private package of personal religious belief; Babylon has no patience for people who dare to believe that the Lord is God and Jesus his Son is King of all (Revelation 17:14, Revelation 19:16). And so it works to make us Babylonian by baptising us into its way of thinking.

4. What playlist are you listening to?

Growing up in Judah, Daniel would have been used to some amazing songs:

Those are some amazing songs! They remind us who God is and what He has done in our lives. But in Babylon, there were different songs that were playing:

We have to understand that the background noise that fills our lives is a perpetual playlist of ideas contrary to Truth. Every day we wake up, we have a choice about the playlist filling our hearts and minds. By immersing ourselves in God's song, our hearts are filled with the melodies of his love, grace, favour and mercy.

It's one thing to be in Babylon; it's another thing to have Babylon inside of you. When our preferences, values, aspirations, and understanding of reality are defined by Babylon, we have become Babylonian.

That means that too often, we accept and assume Babylonian presuppositions and question the teachings of God's word rather than thinking like people who believe the Bible and questioning the values of Babylon. To live faithfully for God in Babylon, we have to have God's kingdom - righteousness, peace, and joy in the Holy Spirit - built firmly on the inside.

6. Renew your mind for consistent faithfulness.

So how do we do this? How do we get God's thoughts, God's perspective, God's word into our hearts and minds so that we can live faithfully for him in Babylon? How do we build a plausibility structure in our minds that enables us to think consistently with the real reality that marks God's kingdom?

We're not the first generation that has faced this. Paul wrote to 1st century Christians in Rome and told them:

Do not be conformed to this world, but be transformed by the renewal of your mind.

The age we live in is trying to shape us - to conform us to its image; God wants us confirmed to his image. How do we do that? By renewing our minds. But how do our minds get renewed?

First, we have to stop the bad thoughts. Every day, from many sources, lies about God bombard us: God's not good, God's not loving, God has forgotten you, God won't forgive you. We have to arrest these ideas and get them out of our lives.

Here's a practical step. The next time a lie about God comes into your mind, write it down on a piece of paper, look at it, and then tear it up and throw it in the bin. By identifying, acknowledging, and disposing these lies, we develop a greater degree of imperviousness to their influence.

How do we do that? By meditatating on God's word. Meditation is a buzzword now, and some Christians are bothered by. The issue isn't the act of meditating - we're instructed in scripture to do this - but the object of our meditation. The word meditate simply means to 'focus one's mind for a period of time'; to 'think deeply about something'. The question with meditation is, 'what are focusing on?' What are we thinking deeply about?

This is how the Bible writers instruct us to meditate:

Our minds get renewed as we meditate upon God's word. This brings us into the world of the Bible and builds in us a plausibility structure designed by God and based on reality as He sees it and has revealed it.

As we meditate on God's word, key ideas get buit into the bedrock of our concsiousness:

With the mind renewed by saturation in God's word, we are able to live faithfully in Babylon, standing firm in a world trying to shape us into its image. Like Daniel, we're able to say 'NO!' to the lies about God encountered in daily life, and we're able to say 'YES!' to all who God is and what He has done for us.

For the Lord is good and his love endures forever;
his faithfulness continues through all generations.