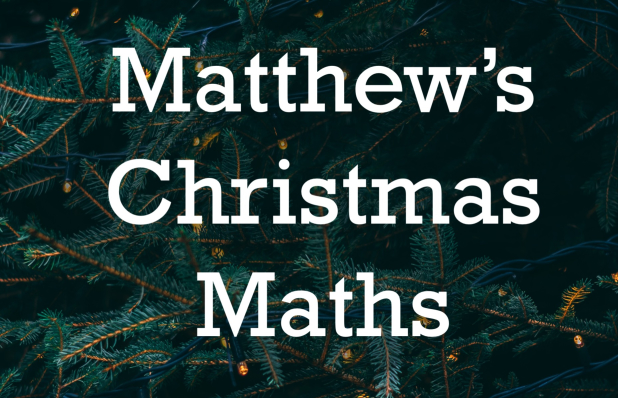 When we think about interesting reading, genealogies don't usually top the list. But that's how Matthew starts his introduction to the Christmas story. Beginning with Abraham, he relates step by step, who begat whom, until we arrive at the birth of Christ.

He summarises his work in verse 17:

That's alot of fourteens! And the number 14 is even more prominent when we recognise that David is the fourteenth name in the list. Not only that, but based on the genealogy lists in the Old Testament, Matthew intentionally skipped generations, sometimes three or four at a time, just to get the number to add up to fourteen. So what's up with all the fourteens?

In Hebrew, each letter is assigned a numeric value, and the consonants add up to certain numbers. and so D is 4 and V is 6. Thus, the formula for David's name works like this:

So the point of all the 14's is to underline what Matthew states in verse 1:

The book of the genealogy of Jesus Christ, the son of David, the son of Abraham (Matthew 1:1).

Matthew's point is that Jesus is the son of David, the promised Messiah from the line of Davidwho will restore righteousness and justice. This was prophesied by Isaiah:

He will reign on David’s throne and over his kingdom,
establishing and upholding it with justice and righteousness
from that time on and forever. (Isaiah 9:7)

But in reigning on David's throne, Jesus is more than just another king; He's the one who saves his people from their sins. And that's the other point of the geneaology - it is peppered with people like Judah and Tamar and Rahab ... and David.

Yes - David, the one whose name is permanently ascribed to the seat of authority amongst God's peole - he is one of the great sinners of all time. Most people - especially those who know God as well as David did - don't commit adultery and murder.

In 2 Samuel 11:1-27, we read the story of David's horrific act. And in 2 Samuel 12:1-7, we read about how Nathan brought David to repentance through a powerful story.

David was a great sinner, and he was a great repenter, and the fact that he is in the genealogy - along with all the others - is a powerful reminder that God's people need saving.

The good news of the gospel is that Jesus came to save his people from their sins. He did that by living a perfect life - the life we should have lived, dying a death in our place on the cross, and being raised from the dead by the power of God, demonstrating that He is who He claimed to be, and that his work to save us was accomplished.

What's Christmas all about? In the words of Matthew - Mary will give birth to a son who will save his people from their sins (Matthew 1:21). And the point of the genealogy is that his people really need saving because they are a bunch of messed-up sinners. In other words, the maths of Christmas means that it all adds up to salvation; it all adds up to Christ.

[And for those of you counting, the blog post above uses the word 'David' fourteen times. :)]