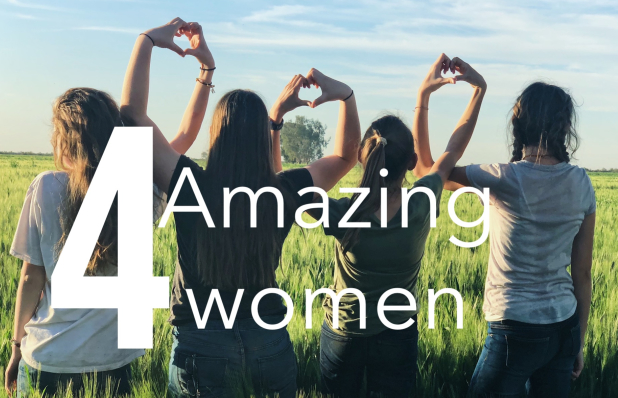 Although there were exceptions, it was not customary in Jewish genealogies to identify the mothers. But Matthew does that five times: Tamar, Rahab, Ruth, the wife of Uriah, and Mary. Obviously, Mary gets mentioned because she is the mother of Jesus. But why are these other four women mentioned? Is there anything they share in common?

Let’s take a look at these four women.

The first one – Tamar – is the mother of Perez by Judah.Judah, of course, is one of the sons of Jacob, and his was the tribe that eventually occupied the land within which Jerusalem was located. After the northern tribes broke off, the name of the southern kingdom was called ‘Judah’. This is where we get the modern word ‘Jew’, from Yehudi, which means from the people of the kingdom of Judah.

Now, Judah was not Tamar’s first husband. As a matter of fact, he wasn’t her husband at all. She was his daughter in law, married to one of his sons. You can read the story in Genesis 38:1-30. It's complicated. But in short, the son married to Tamar died, then his brother took his place, according to Jewish law, and he died, and she hadn’t had any children yet. Judah let her stay at their house, and promised his third son, but when he was of age, they didn’t get married. And so Tamar took matters into her own hands, and disguised herself, set up a personal roadside brothel, seduced Judah, who was looking for a good time after his own wife’s death, and got pregnant. So Tamar was not the ideal heroine, but she is intentionally written into Matthew’s geneaology.

Next up we have Rahab. Now, because of the missing generations, it’s hard to place Rahab chronologically, but there is only one Rahab mentioned in the Old Testament, and that is Rahab the harlot who hid the Israelite spies who went in to Jericho. So most Bible commentators link this Rahab in Matthew with the Rahab mentioned in Joshua. Like Tamar, even though she comes from dodgy moral background, she helped to preserve God’s people.

Next up is Ruth, who like Tamar, marries a Jewish man who dies and is left a widow. Ruth is famous for her commitment to her mother in law Naomi. But unlike Tamar and Rahab, she doesn’t have a questionable moral background, though some people speculate about what happened on the threshing floor with Boaz.

The next woman mentioned is actually not mentioned by name. She’s simply called the wife of Uriah, by whom David fathered Solomon. Her name is Bathsheeba, and she’s quite a famous biblical character. While her husband was off at war, Bathsheeba was brought by David into the palace, got pregnant, and then when the plot to cover up the adultery didn’t work, had Uriah killed, after which he married Bathsheeba. Like with Ruth, there is debate regarding the degree to which Bathsheeba was complicit in this exta-marital affair. No hint is given of her inner life or of her complicity with or resistance to David’s actions.

So the big question that emerges from this geneaology is why Matthew has chosen these four women. Think of all the famous women in the lineage of Jesus who were not chosesn, especially the founding matriarches of Sarah, Rebekah, Leah, and Rachel. Why is Matthew silent about them, but Tamar, Rahab, Ruth, and Bathsheeba get mentioned?

One speculation is that they get mentioned because of their dodgy moral backgrounds. Three of them – Tamar, Rahab, and Bathsheba -  were involved in illicit sexual relations, and some commentators read that in to the story of Ruth. And so the big idea here is that Matthew is painting a picture of human sinfulness. The genealogy is looking forward to Matthew 1:21:

She will give birth to a son, and you are to give him the name Jesus, because he will save his people from their sins.

The idea is that Matthew peppers this list with sinful characters to demonstrate God’s grace. It's true that all these women are sinners, and it's true that Jesus' people - those of his own ancestry - are sinners. Yes - Jesus came to save sinners. But that's not Matthew's point: the problem with the view is that the most sinful people on this list are not the women – it’s the men.

When you read the story of Tamar – it is Judah who is sinful. And when you read the story of Rahab – she is honoured as a heroine in Israel because of how she helped the spies.The story of Ruth is the story of faith, faithfulness, and loyalty. And when we get to Bathsheeba, she is mostly a silent character in the story. The real culprit, the real sinner, is David. David is the power broker who committed both adultery and murder. He’s the one whom God through the prophet Nathan holds accountable. So in this list, David is a big sinner.

But he’s not biggest. Even though David had some severe moral issues, he was still a man after God’s’ heart. He sinned big, but he repented bigger, and the one thing he never let go of was his faith in and pursuit of God. So if you want to look at some really big sinners look at the men in this list, especially the kings.

Rehoboam was the son of Solomon. He totally mishandles the rebellion of the ten norther tribes (Israel) with his heavy-handed rule and provokes themto break off and form their own nation. In the words of unsuccessful in getting them to return to the fold. We read a summary of his life in 2 Chronicles 12:14: 'he did evil, for he did not set his heart to seek the Lord'.

Upon becoming king, he had his brothers killed to remove threat of competition. Even Elijah gets involved in rebuking him, but he persisted in his evil. According to 2 Chronicles 21:6, 10-11, 20: he 'did evil in the sight of the Lord (that means that he worshipped and endorsed the worship of false gods. He even built high places (hilltop shrines to falks gods) around Judah.

According to 2 Chronicles 28:1-4, like Joram, he did not do 'what was right' in the eys of the Lord - that is, he didin't worship God, he worshipped the false Canaanite gods. He looked to the northern kings for inspiration in idolatry (not the crowd about whom you want to be singing the Jungle Book song 'I want to be like you hoo hoo'). Not only is he the 'worse of the worst' in idolatry; he destroys sacred objects in the temple and even worser ... sacrifices his own sons in fire.

From 2 Chronicles 33:1-6, we learn that 'Manasseh was twelve years old when he became king, and he reigned in Jerusalem fifty-five years'. But is reign was as evil as it was long, and 'He did evil in the eyes of the Lord:  he rebuilt the high places,  he erected altars to the Baals and made Asherah poles, he was an astrologer who worshipped stars, he built altars to false gods in the temple, he practiced divination, witchcraft, and sought omens and consulted mediums and spiritists. Finally, like Ahaz, he sacrified his children in fire.

So, in summary, these kings were really really wicked. Whatever sin Tamar and Rahab and Bathsheeba may have committed, it pales – PALES in comparion to some of the men in the list.Yes, Jesus came to save sinners – but that’s not why the women are in the genealogy. So if the point of including the women is NOT to demonstrate human sinfulness, why are they there?

Let’s take a look at another common characteristic.

Thus, there is an intentional foreign-ness to the women in this list. Why, what is Matthew up to? Very simply, Matthew is preparing the reader for the coming of non-Israelites to follow Israel’s Messiah. We’ll see this again when we we get to the Magi in chapter 2. And this theme reaches its crescendo in Matthew 28:19, when Jesus says, ‘Go into all the world and make disciples of all nations'.

Matthew was writing at a time when many Jews were quite willing to recongise Jesus as the Messiah, but they were unsure about Gentiles being added to the people of God. Matthew's point is clear: everyone is welcome to God's BIG BIG party.

So here's the big idea:

Christmas is for us, but not just for us. Jesus is a gift for everyone - so let's invite everyone we can to enjoy God's BIG BIG gift.