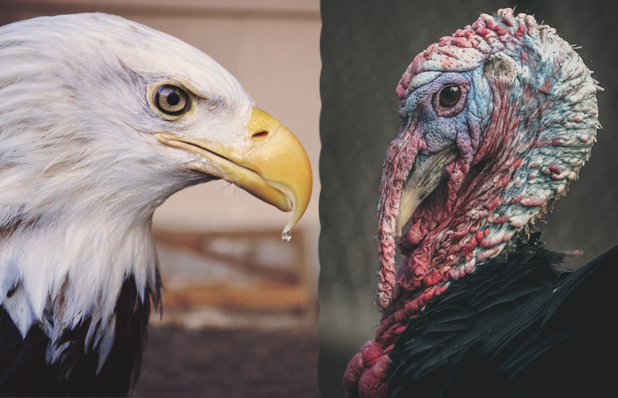 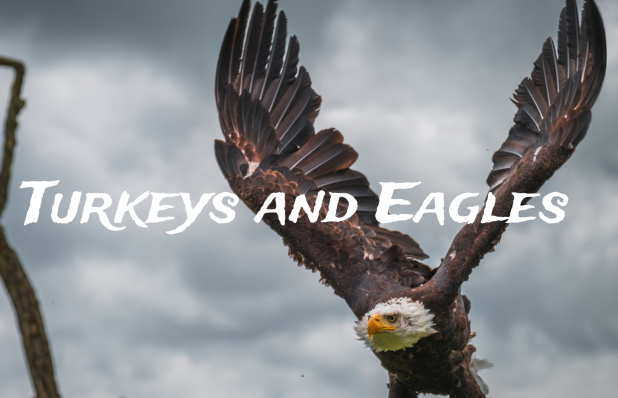 God raised us up with him and seated us with him in the heavenly places in Christ Jesus (Ephesians 2:6)

One of the biggest struggles that Christians have is to remember who they are. That’s why when you read the letters of Paul, he always begins with the indicative before he gets to the prescriptive. In other words, he reminds us who we are before he tells us how to live. For a Christian, our lifestyle of obedience to God is simply the fruit of who we are. And who we are is in Christ: we have been spiritually united to God through the work of Jesus (1 Corinthians 6:17). But Christians who forget who they are start living like they are somebody else.

There once was an eagle egg accidentally knocked out its nest during a windstorm. It tumbled down to the ground, landing softly on a bed of pine straw. Nearby was a turkey nest. Turkeys build their nests in shallow dirt depressions engulfed with woody vegetation. When the mama turkey saw the egg, she assumed that one of hers had been misplaced, and simply rolled it over into her nest.

The eggs were incubated for about 4 weeks, and then the chicks were born – all within a couple of days of each other. The mother didn’t really notice any difference in the chicks – she was just happy to have eight new babies. You can see where this story is going - this eagle grew up with a bunch of turkeys.

Even though it was created an eagle and born an eagle, it grew up with a turkey identity. It learned the art of foraging on the ground or climbing shrubs and small trees to feed. It lived on a diet of acorns and nuts, roots and bugs. Rather than spreading its wings and soaring in the air, this eagle with a turkey identity spent its time on the ground. When a predator would come, rather than taking off in flight – or using is war-crafted talons to fight – this eagle would do what the other turkeys were doing – it would scurry off along the ground.

And then one day, this little eaglet heard a sound it had never heard before. From way up in the sky somewhere, it heard the sound of an eagle call.  At that moment, something went off inside this little eaglet: I’m supposed to up there! This earth-bound existence is not my destiny – I was created for greater things!

Paul is giving us the call of an eagle. By celebrating the pre-eminence of Christ as the one who is seated far above all rule and authority, above every name that is named - He is reminding us about who we are.  This is isn't simply about who Jesus us, but who we are - in Him.  By his grace we are in Him; by his Spirit we are seated with Him.  God invites us to hear the call of his Spirit that we might rise above being defined by the turkey-realm around us.  We were created for greater things!