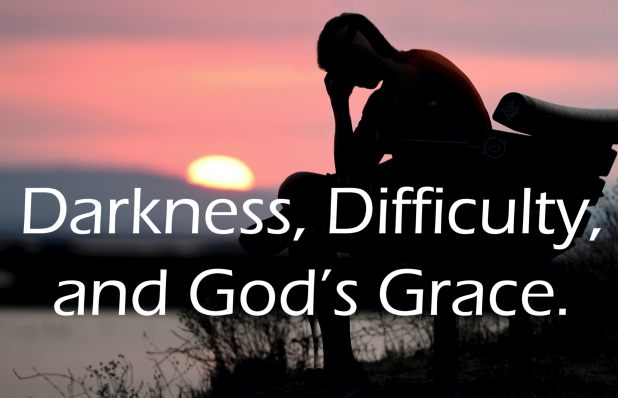 God's grace not only takes us to the mountain peaks but sustains through times of darkness and difficulty.

In those moments, wow do we respond to the taunts and jeers against God? How do we answer the accusation that if God were good, loving, and all-powerful, he wouldn’t have let this happen? In this blog post we reflect on the role of suffering in the Christian life.

The New Testament book Second Corinthians is a very personal letter. Paul ‘unveils his soul’ to a greater degree than in most of his letters; in addition to doctrinal teaching and theological beauty, he appeals to the Corinthians in very personal terms.

One of the issues he addresses regards questions about his own leadership. A group of teachers claiming to be apostles have come to Corinth and are trying to subvert the ministry and message of Paul. Paul has succeeded in winning over most of the congregation, but there is still a remnant who are not convinced of his authenticity. He addresses the accusations of the “super apostles” in chapters 10–13. The credentials of the “super apostles” were superior oratorical skills, supernatural experiences, and striking charisma and presence.

Rather than competing with them on their own terms (oratory, experience, and charisma), Paul takes the opposite approach, talking about how weak he is, and pointing out that he is weak by God’s plan so that the glory will be belong to God.:

I will boast all the more gladly of my weaknesses, so that the power of Christ may rest upon me (2 Corinthians 12:9).

We are afflicted in every way, but not crushed; perplexed, but not driven to despair; persecuted, but not forsaken; struck down, but not destroyed.

Some people in Corinth were saying that Paul was not a a real apostle because of his suffering; Paul flips the script and points to the suffering as a mark of true apostleship. But facing difficulty is not only a marker of apostolic faithfulness, it’s also a normal part of the Christian life.

This is especially true regarding his ‘thorn in the flesh’. According to verse 7, Paul received such great revelation that he was in danger of pride and conceit:

So to keep me from becoming conceited because of the surpassing greatness of the revelations.

Remember this: everything God does always has our best interests in mind. Pride, arrogance, conceit are so dangerous, the most loving thing God could do is protect Paul from the poison. Note this: Paul, who has had a revelation of the heights of glory, now has a revelation of the depths of depravity. He discovers that his heart is so sinful it could use this gracious gift of exalted revelation to exalt himself. How dark is the human heart that we could turn a gracious encounter with Christ into an opportunity to exalt ourselves?

Remember also that mightier than us have fallen:

But you said in your heart, ‘I will ascend to heaven; I will raise my throne above the stars of God, I will make myself like the Most High’. (Isaiah 14:12–14)

The pathway for Lucifer becoming Satan was pride; the one who had the greatest revelation of God assumed he could achieve God-ness on his own terms, not God’s. And Paul realizes that he could commit the same sin Lucifer committed. So he goes on to describe what God did, and the surprising method God use:

a thorn was given me in the flesh, a messenger of Satan to harass me, to keep me from becoming conceited.

Note that the word Paul uses for “thorn” could be translated “stake” or “spike.” It is an appropriate picture for one who was concerned about his heart being “lifted up” in conceit. By saying, ‘It was given’, he points to God: God’s gracious solution is to give Paul something to protect him. Paul’s heart wanted to soar in elevated pride, but the thorn kept him pinned to reality. But he says this was a messenger of Satan to harass me. Paul is clear: it is a messenger of Satan. The messenger continually “harassed” him. The Greek word translated ‘harass’ means to beat with a clenched fist. It is the same word used of the soldiers who tortured Jesus.

God’s grace works through all the [painful] events of life to accomplish his purpose.

But believing this was being used by God did not prevent Paul from asking for its removal. Just the opposite: he says ‘Three times I pleaded with the Lord about this, that it should leave me’. And God’s response changes our perspective completely:

But he said to me, ‘My grace is sufficient for you, for my power is made perfect in weakness’.

That’s a key phrase: my grace is sufficient for you. God draws us to a place of experiencing his grace – his unearned love and favour – to such a degree that it takes us through to the other side. And that’s where Paul lands at the conclusion:

For the sake of Christ, then, I am content with weaknesses, insults, hardships, persecutions, and calamities. For when I am weak, then I am strong. 2 Corinthians 12:10

The same thing is expressed by David:

Even though I walk through the valley of the shadow of death, I will fear no evil: you are with me. Psalm 23:3

Whatever it is that you may be going through right now – take courage: God is with you, and his grace is sufficient to bring you to the other side.