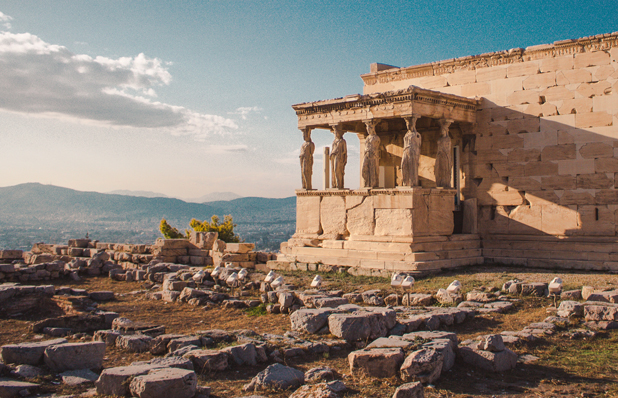 In my academic theological studies, I often encounter very sophisticated and erudite arguments for a variety of perspectives. And while these can be fun to read, they are also frustrating: Jesus did not use philosophical excellence to build a team that changed the world, he brought people in and taught them basics, and they passed these basics on to others. This is what Paul describes in 2 Timothy 2:2, where he tells Timothy:

What you have heard from me in the presence of many witnesses entrust to faithful men who will be able to teach others also.

Notice that in this verse there are four spiritual generations: Paul (me), Timothy (you), faithful men, and others. Paul wanted Timothy to past to others who would pass to others what Paul had pass. But this raises the question – what was it that Paul received that he passed on? And this takes us back to Jesus.

At the very beginning of his ministry, Jesus called people to follow him. When he encountered Peter and Andrew and James and John, he said, ‘Follow me, and I will make you fishers of men’. And they left everything and followed him. (Mark 1:16-17).

In the text immediately preceding this, Jesus announced the kingdom of God by telling people to repent and believe the gospel (Mark 1:14-15). Think about that: Jesus built his entire ministry on the foundation of 1) telling people to repent and believe, and 2) calling people to follow him.  No wonder the Pharisees didn’t like him! He didn’t play games, he didn’t try to be cute or clever. Rather, he built a world-changing movement on the foundation of faith, repentance, and following.

What this means for us

The roots of CBU go deep into the charismatic movement of the 1970’s. We have always believed that the power of the Holy Spirit is given on purpose – in the words of Jesus, power to be a witness (Acts 1:8). We share the apostolic vision of reconciling people to God through the gospel, the message of the person and work of Christ.

But to follow the Jesus method, this means we are going to focus on foundations, not fancy speech or clever techniques. We’re going to work hard to call people to follow Jesus whole-heartedly. Rather than chasing ‘the latest thing’, we’re going to do the last thing Jesus said: go into all the world and make disciples.

Recently I had a conversation with a lady who regularly attends our church. She grew up with some vague affiliation with Christianity, drifted away, and now, after becoming a mother and wanting her kids to get something, she’s back in church. She like the idea of God and is trying to understand what it means to follow Jesus, but she has no foundation. She is interested, but not yet a follower. And Europe is populated with thousands and thousands of people just like her.

This is why we must work together: from the beginning, CBU has been a family of believers who cut our teeth on foundations. We have learned the art of giving generously and praying earnestly - not because we chase the latest trends or the hottest new Christian fad, but because we work hard to be faithful to the person and message of Jesus.

This is why the gospel is growing around the world, and this is why your faithful, regular giving is touching nations.

To learn how you can be part of our ongoing work in the nations, go here.