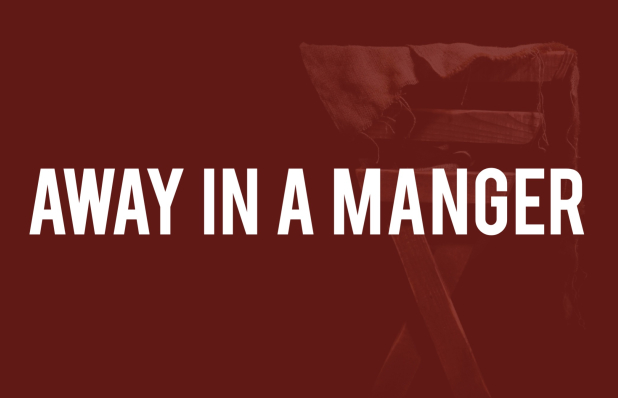 1. The Birth of Jesus

In Luke 2:1-7 we read the story of Jesus' birth. First, we note who is not mentioned in the story - the infamous inn keeper who was unwiling to expel Larry the Cable Guyfrom room 301 to make room for Jesus. Second, we note who is mentioned, and that is Caesar Augusts who issued a decree. This decree gets Mary and Joseph out of Nazareth and into Bethlehem so that by being born there Jesus could fulfil the Old Testament prophecies about his birth. This leads us to a core idea:

our personal destinies are intertwined with his big-picture purposes.

We also notice the simplicity with which Luke telss this story. There is no hyperbole, no embellishment, no exaggeration; he just tells the story. And at the very heart of this story is the simple phrase: she gave birth to her firstborn son. In those few words, Luke gives us the fulfilment of everything the Bible has been pointing to up to this point.

Luke's gospel gives us a ground-up perspective. That is, he is telling us the story of Jesus as the people who encountered Jesus experienced him. For most of these people, they met Jesus before realising who is was. Luke is taking us on a journey of discovery regarding the identity of Jesus.

John's gospel takes the opposite approach; he begins by giving us the identity of Jesus, and then introduces us to the Jesus who confirms that identity. And so John begins,

God himself has personally stepped into history; God put on flesh and become human so that he might make us like him. Luke, however, is taking us on a journey of discovery, and the next scene sheds a little more light.

2. The Identity of Jesus

In Luke 2:8-12 we read about the shepherds and the angels. This is a famous bit of scripture, read every Christmas around the world. Here are these shepherds, keeping watch over their flocks by night, on fields outside of Bethlehem - David's city. David was the shepherd boy from Bethlehem who grew up to be the giant slayer, and here in his city his descendant is born one who grows up to the ultimate giant slayer.

So these shepherds are watching sheep, probably on fields David had watched sheep many years earlier. And the angel shows up to give them an announcment which, once dealing with their fear, is both surprising to them and profound.

Fear not, for behold, I bring you good news of great joy that will be for all the people.

The key bit of information in the text is the actual news, and the very centre of this is the identity statement about Jesus:

For unto you is born this day in the city of David a Saviour, who is Christ the Lord.

These unsuspecting shepherds encounter the most profound news imaginable; a baby has been born, in Bethlehem whose identity is one-of-a-kind. In short, this is who Jesus is:

As we walk through Luke, we see each of these themes unpacked in a variety of ways; sometimes the Saviour-ship of Jesus is in focus, sometimes the Messiah-shiup, and sometimes the Lordship. But never forget: He's all three, and if you want one, you get them all.

3. The Response to Jesus

In Luke 2:13-20, we read about how different people responded to Jesus. The first group is easy to remember with the acronym WOW!:

Finally, however, we come to Mary's response in Luke 2:19:

But Mary treasured up all these things, pondering them in her heart.

You can imagine how the young teenage mother would have been encouraged by the news the shepherds shared. Her life has been thrown into a kind of turmoil she didn't ask for, but the words from the shepherds confirmed what the angel had told her and the blessing from Elizabeth. Her newborn son really was from God, and she really was in the right place at the right time doing God's will.

Jesus was born in a manger, but the who of that birth is Saviour, Christ, Lord. Take time to reflect on, ponder, and embrace the word of Jesus' identity.